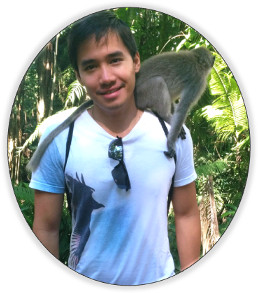 I am currently a data scientist at Agoda, a Booking Holdings company, where I’m solving the property mapping problem that matches duplicate properties across different suppliers (such as Airbnb and Booking.com) using both structured and unstructured data such as free texts and images.

From July 2017 to July 2019, I was a machine learning developer at SAP SE. I worked on a product is called SAP Cash Application, which aims at automating the complex accounts receivable processes for the enterprises by matching bank statements with open invoices. More details here.

From January 2013 to May 2017, I was a Ph.D. student in Information Systems at the Singapore Management University (SMU) under the supervision of Prof. Hoong Chuin Lau. My Ph.D. dissertation focuses on a general machine learning framework to solve a diverse set of problems in urban environments, such as law enforcement and urban transportation.

During academic year 2014–15, I was an exchange Ph.D. student at Heinz College, Carnegie Mellon University (CMU) in Pittsburgh under the supervision of Dean Ramayya Krishnan and Prof. Siyuan Liu. In the summer of 2016, I did an internship at IBM Research – Singapore, where I worked on a project that predicts people’s dwell time (a.k.a. “length of stay”) non-intrusively in retail environments using real-time Wi-Fi data. Check out my lists of publications at DBLP and Google Scholars.

Prior to that, I had obtained my bachelor’s and master’s degree from the Nanyang Technological University (NTU) in 2009 and 2012, respectively. I did a winter internship in 2009 at the Hochschule für Technik Rapperswil (HSR) in Switzerland as a software engineer, where I worked on a refactoring plug-in for Eclipse CDT. During 2010-12, I worked for the university as a research staff under Ning Chen.

Originally from Ho Chi Minh City, Vietnam, I have traveled to over 33 UN member states (and counting). When not behind the computer screen, I am an avid traveler, photographer and drone pilot.

From time to time, I would give public talks on topics that I’m passionate about such as data science and travel. Here are a list of my presentations in reverse chronological order: